French green clay and its benefits

Clay is known since prehistory, it is one of the very first drug used by the human kind. It is part of minerals series. Since Antiquity, the soil and water were always used cure various illneses.

Modern science has only confirmed the properties of the minerals contained in clay.

There exists various types of clays, each one differentisting fromothers by its adsorbative and absorbative properties, according to their chemical composition.

We will focus on green clay, the green « montmorillonite » from France (from Provence region) which belongs to the Smectites group. It is a soft rock which is very rich in minerals and trace elements.

It can be found also in the Paris Bassin, but more often in the Languedoc and Provence regions, in France.

Very clear green « montmorillonite » has the strongest adsorbative power compared to other types of clays, and it also has absorbative power. 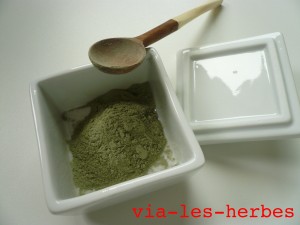 All these components play a specific role in a nature context, in particular silica (which is more than 50% a constituent of green clay) combined with the other components plays a key role within living organisms :

The green montmorillonite from Provence is used for multiple applications:

Such green montmorillonite is also remarkable in such that it absorbs radioactivity and heavy metals, all toxical for human body. 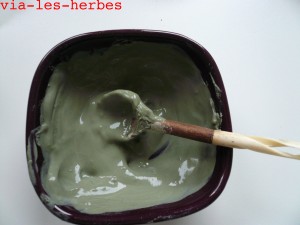 In case of mouth problems, green clay can be appropriately used through mouthwashes.

Green clay is sold in a drugstore, phamacy or organic products shop, as a powder, or in capsules (very convenient when traveling).

Do not aply clay on your stomach during digesting period. Do not use metal utensils to prepare your mixture with clay.

When under a treatment period (absorbing clay), it is highly recommended, to drink between the meals, for avoiding a constipation effect, to avoid absorbing fatty substances and liquid paraffin.

Do not drink any water clayed when : 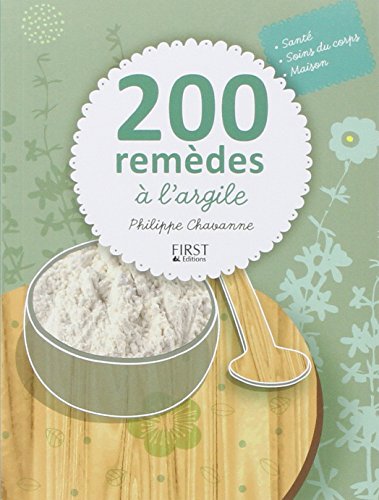